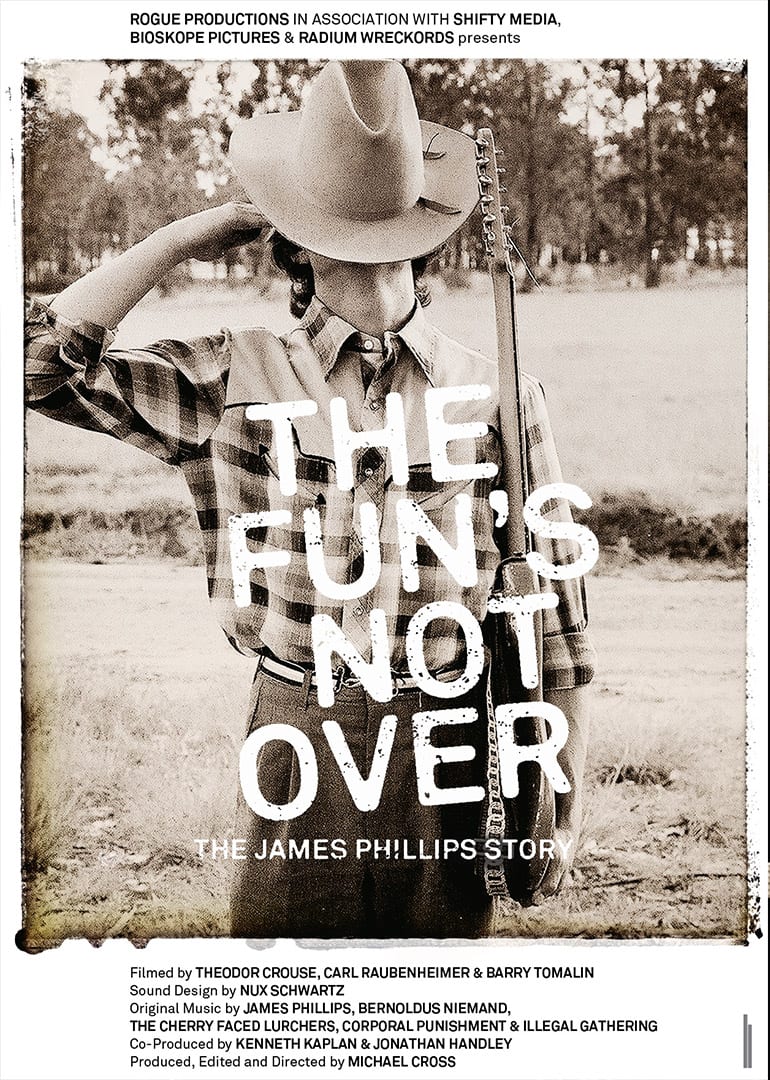 The Audience Choice Award-winner at the 2018 Encounters Documentary Film Festival, The Fun’s Not Over tells the tale of the composer, musician and arguably the father of the ‘boerepunk rock’ movement James Phillips. The son of a Presbyterian minister born in the conservative East Rand mining town of Springs, Phillips formed his first band Corporal Punishment in the late 1970s but it was his third band The Cherry-Faced Lurchers that catapulted him to fame.

Gaining renown for his politically provocative lyrics, Phillips came under the South African spotlight with his 1983 single Hou My Vas Korporaal (Hold Me Tightly, Corporal), which became the anthem of the End Conscription Campaign. In 1985 Phillips and the Cherry-Faced Lurchers released what has become one of his most iconic songs Shot Down, which challenged both white privilege and the violence of the apartheid state.

The Fun’s Not Over tells Phillip’s life story in his own words with special appearances and insights from his musical collaborators like Koos Kombuis and Vusi Mahlesela, contemporary trailblazer Afrikaans musicians like Jack Parow and acclaimed journalists such as Max du Preez, cartoonist Zapiro and comedian Pieter Dirk Uys.

James Phillips’s music was born at the same time as the Soweto Riots and then fused in a strangely comfortable way with the punk music explosion.

His songwriting bloomed through the apartheid regime’s darkest years and into the dawning of the new South Africa. Despite his often arrogant and undisciplined way of approaching his life, the legacy he leaves is that of one of the most aware, articulate and passionate artists to have been produced by this strange land.

Ross is the perfect person to put together this film, seeing as he was a friend to Phillips and released some of the best work on his legendary independent label Shifty Records. The film traces Phillips’s narrative from the birth of East rand punk with Corporal Punishment, through the Voelvry tour of 1989 until his premature death in 1995 at the age of 36. The documentary also features some great live performances by peers Koos Kombuis, Matthew Van Der Want, Urban Creep, Robin Auld and Phillip’s Afrikaans alter ego Bernoldus Niemand.” – Lloyd Gedye, Mail & Guardian