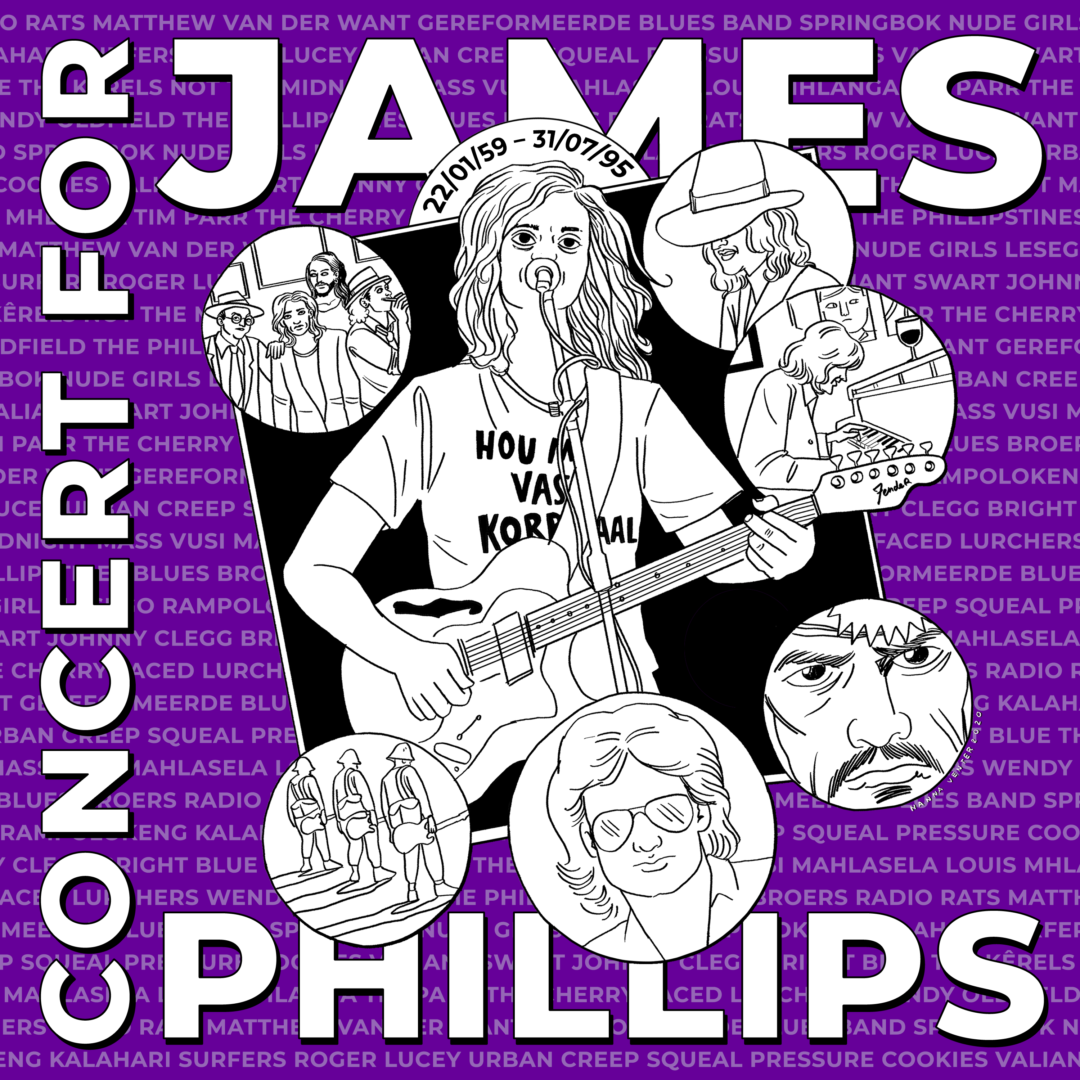 Icon. James Phillips died aged just 36. The extraordinary South African musician, composer, rocker, and accidental pioneer of Afrikaans alternative music passed away Monday 31 July 1995 as a result of complications arising from a head injury suffered in a car accident a few weeks prior. Friday 31 July marks 25 years since his passing.

James grew up in the East Rand town of Springs, where he fronted the seminal punk/new-wave act Corporal Punishment before heading to study in Grahamstown in the early ’80s. A stint in Cape Town’s Illegal Gathering and his solo debut as alternative Afrikaner rocker/persona Bernoldus Niemand and subsequent cult “hit” ‘Hou my vas korporaal’ helped further establish him as a bright light worth watching, but it was with The Cherry Faced Lurchers, the band Phillips fronted from the mid-80s where his light really shone. James and his Lurchers were a staple of the South African rock scene, providing a voice and conscience for many during South Africa’s troubled times.

The ‘Concert for James Phillips’ was recorded by Shifty Records Lloyd Ross over two nights in early September 1995, initially planned as a fundraiser to assist with James’ medical bills it turned into a tribute following his sudden demise. Over 30 acts came together to celebrate his life and his music. Johnny Clegg, Bright Blue, Johannes Kerkorrel en die Gereformeerde Blues Band, Vusi Mahlasela, the Springbok Nude Girls, Valiant Swart, Squeal and Matthew van der Want are just a few of the amazing artists captured on this tribute recording that celebrates a life well-lived.

Shifty founder Lloyd Ross muses “James’ career in music neatly brackets my own major immersion in music production through the guise of Shifty Records during an incredibly turbulent period on South Africa’s history. In many ways, James’ talent was a catalyst to that involvement. He, therefore, bears a great responsibility for the recordings of many fine artists whose work would probably have otherwise been lost to time. Many of these artists came out to honour James by performing, so these recordings of the Concert for James provide a unique window into the premiere league of South African “alternative” music of the time, in all its diversity.”

The album was released across all digital platforms Friday 31 July 2020 to mark the 25th anniversary of James’ passing.